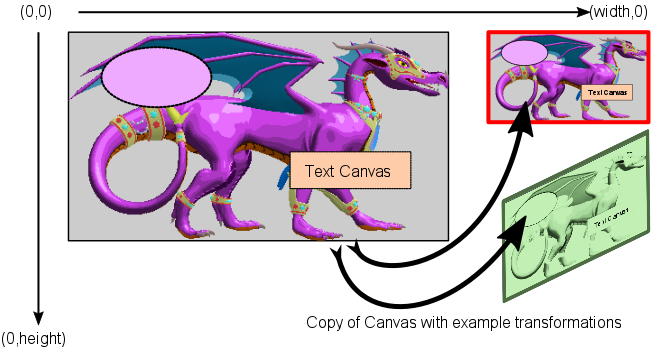 Canvas canvas views support repeating similar to image canvas. This allows for special effects like replicating a canvas in a tiling fashion all over another canvas. 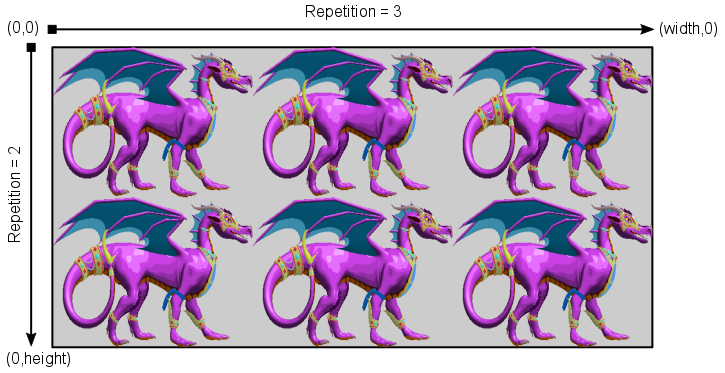