To use the plugin get it from the Unreal Market Place. The plugin is free of charge. Once installed you should have two plugin installed:

DEMoCapLiveLink works by providing a source in the Live Link system. To use it open first the Live Link Window. You can find it under “Window” → “Live Productions” → “Live Link”. 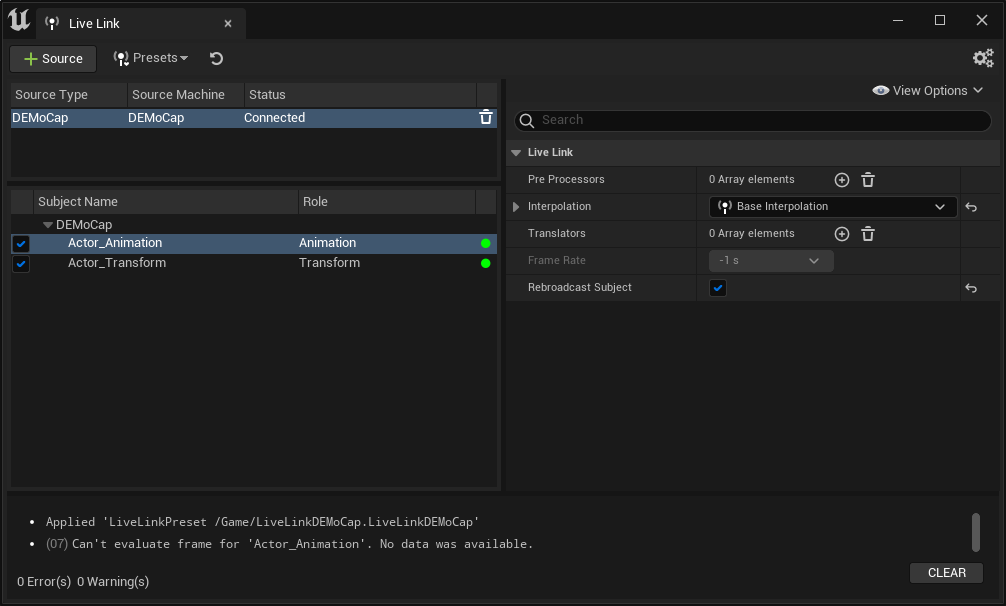 In the Live Link Window use “+ Source” to add a source. Select DEMoCap as source and enter the IP address or hostname of the computer running DEMoCap. You can run DEMoCap also on the same PC in which case you use “localhost”. Be warned that UnrealEditor is very heavy on the system and running DEMoCap along side it can degrade performance if your computer is not strong enough.

You can enter address in the following forms to connect to:

By default DEMoCap listens on port 3413. You can change this port to match your network setup in DEMoCap Settings Panel.

Once the source is added it will show the supported subjects. Subjects are used to identify the animation streamed in. Right now two subjects are supported:

Continue by setting up a Blueprint to apply the animation to your character.

Save and you can assign the Blueprint as animation for your actor to see the motion capture data live in the editor.