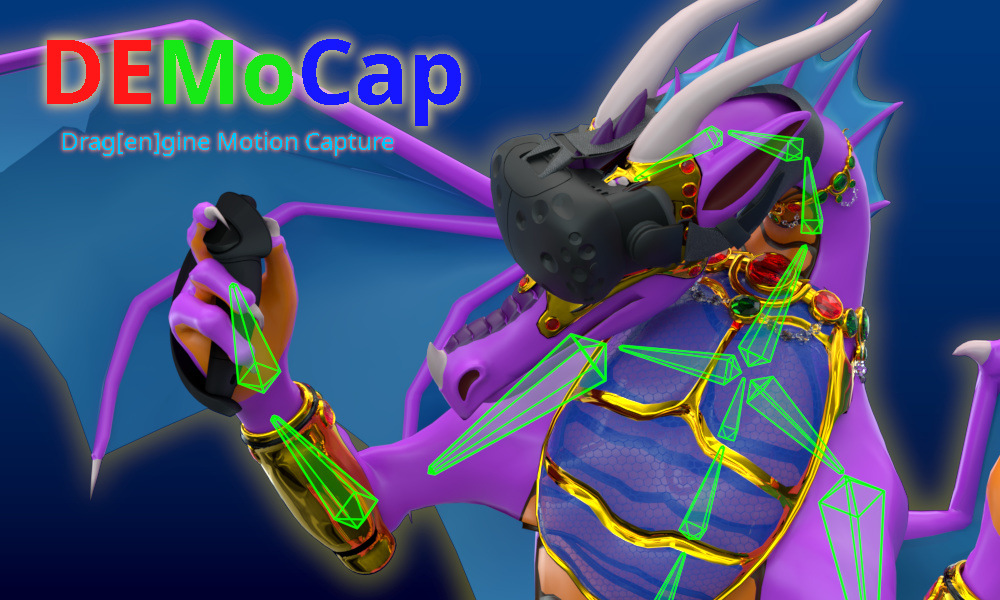 The DEMoCap Application allows to do Motion Capture using VR equipment. DEMoCap is build using the Drag[en]gine game engine. The resulting captured animations are usable directly in the Drag[en]gine game engine or can be imported into Blender for editing. Using Blender the captured animations can be used for all other purposes Blender can be used for.

The latest version can be downloaded here:

It is highly recommended to disable the SteamVR Motion Smoothing feature. This feature seems to work badly with DEMoCap causing wavy and nauseating artifacts.

If the performance is still low after disabling motion smoothing try Performance Improvements.

If you run into troubles running DEMoCap it is always helpful to include the log files to diagnose the problem. The log files can be found here: